Greymalkin, Melusine, and Me - and Excerpt

Inspiration comes in many forms. Every writer knows this. It can be a chance-heard conversation in the street or coffee house, an old photo, a place, the way the full moon looks though bare winter branches with frost in the air, a song, a dream.

One of my light bulb moments came several years ago. I was staying with a friend in Cheshire, and she was showing me the historical delights of her home county. This included the remains of a small castle that once belonged to Sir Francis Lovell, the longtime friend of Richard III. The lane to the ruins passed by a church and its cemetery, and there I saw this gentleman. He was considerate enough to pose for me until I could get out my camera and take his photo, then he came over to greet us.

I knew right away he had to feature in a story. His name was obvious right from the start. What else could it be but Greymalkin? And Greymalkin had to be the companion of a witch. Or at least, a supernatural being of some kind, but I needed someone away from the usual suspects.

The legends link Melusine to France and to Avalon, which made her ideal. She is a water spirit, capricious at times, and dangerous. Most of the stories feature her marriage to an unsuspecting mortal, who must swear he will not spy on her while she is bathing. He inevitably does, of course, and discovers she is a mermaid. He cries out in shock, and she immediately disappears, never to return.


I'd originally intended the Melusine's Cats series to be mostly romances, featuring interfering river deity and her cats acting more like Cupids. But they had other ideas, and before I knew it, a whole lot more plotty stuff happened.

When it came to the cover art, contacting Meredith Russell was a no-brainer. I sent her my photograph, and the two men I found on Dreamstime who matched the images in my head to the last pixel, and she came up with what has to be one of my favourite covers - thank you, Meredith!

The mutual attraction between Jesse and Will is a bonus for Melusine when her enemies close in and she needs to rebuild her war band—starting with Jesse, Will, and Greymalkin.

Jesse Adams is an ex-rugby player who's gone into seclusion to avoid the media following a guilty verdict in a court case. Jesse has come to live for a year in Greenlynn, where he is supposed to be writing his biography.


Will Blake is an out and proud policeman, respected and liked by the community he helps to protect from rural crime.


When the two men meet their attraction is instant, but they have no idea their love will draw them into a centuries' old conflict.


Melusine, a deity of rivers and seas,  long ago lost the Battle of the Betrayal and is imprisoned in a nexus centred on the source of the Lynn River. She can only travel in the flowing water of her river, and cannot set foot on her banks. Her cats are not so bound. Neither pets nor familiars, they move freely between the realities, her agents among the humans who live along the Lynn.


When Melusine's enemies come to the valley in search of revenge, Jesse and Will discover they have a part to play in the ancient feud. Do they commit to becoming part of a mythical triad, or leave the valley and forget they ever knew that magic exists?

"If you want to be anonymous, don't go and live in a village in the back of beyond. Out there, you'll get nothing but trouble." Sid Levison gazed at the brochure and its picture of the small cottage with whitewashed stone walls, slate roof and neat colourful garden. His disparaging sigh said more than mere words. "Sexton's Cottage, Greenlynn, Devon. Look at it! The potential is horrific! If you really need to get away from it all, rent a flat in an inner city high-rise. You'll have all the peace and quiet you need to write."


"If I wanted that, I'd stay home," Jesse answered, his jaw set in characteristic stubbornness. "Sid, I appreciate your concern and I know you mean well, but for God's sake, get off my back! I'm there for twelve months. Get over it!"


"You won't last twelve weeks. Hell, if you hold out for twelve days it'll be a miracle."


"Yes, I am. Jess, I've been your friend for ten years, and your agent for six. Country life is not for you. The gossip grapevine will have broadcast your name around the village within a few hours of you signing the bloody lease, along with all the lurid details of your coming out, the brawl and you breaking Harry Crendle's jaw, and now the trial. They won't spare any exaggeration, I promise you. It'll be intolerable, and you'll end up damaging someone else's face."


"No, I won't. I can't, remember? A fine and twelve months' imprisonment suspended for one year. But it was worth it. Harry had it coming. He and his little gang of arse-lickers--they're a bunch of entitled, homophobic shits." He didn't mention John Fulton, the man who'd deceived and outed him by selling their story to the Daily Mail, which had started the whole train of events.


"Yeah, and you're Jesse Bulldozer Adams, the terror of the rugby pitch. Oh, sorry. Correction. The ex-Bulldozer, thanks to the lying scum who backed up the sod's story, not to mention Crendle's dad on the Rhinos' board, his brother the journalist and his uncle the cop."


"You don't have to remind me," Jesse growled. He pinched the bridge of his nose in an effort to push away the tiredness that threatened to wear him down. To be a professional rugby union player had been his life's ambition. It didn't matter that he was county level rather than a candidate for the national squad, playing in the front row for the Warwick Rhinos had been a dream come true. It had lasted for six years.


Back in March, John's tabloid story had given their brief affair a salacious twist, but since his family, his teammates and coaches already knew, it had only made for a few uncomfortable days until the shit hit the fan. No, John hadn't ruined his career. Harry Crendle had done that, with help from Jesse himself. His parents, brother and wider family had been there for him, one hundred percent. Most of the Rhinos had stood by him, had given interviews supporting him and, later, condemning homophobia. But with the court case going against him, plus the covert hostility from certain members of the club's board of directors, the damage was done. The insidious tide of lies and insinuations following the dustup with Harry and his pals meant that Jesse's contract hadn't been renewed at the end of the season. No other club had wanted all the negative publicity that would come with him. So, at twenty-nine, he was effectively benched for the foreseeable future.


It was September now and the new season would be starting soon. Jesse needed to be away from his home, his ex-teammates, everything that would remind him of what had been taken away from him by his own hot-headed stupidity and the maliciousness of others. His expression must have shown his thoughts, because Sid leaned over his desk and patted his arm.


"You'll get your career back," Sid said quietly. "This autobiography of yours will turn things around, I promise you. Just keep up your fitness, don't lose hope, and by this time next year you'll be signed up and playing again."


Writing an autobiography at his age had struck Jesse as plain stupid at first, until Sid had explained it to him. Yes, it was a publicity stunt, but it would serve good, practical purposes as well. He would, of course, state the truth behind his conviction for Grievous Bodily Harm, and that--in Sid's not so humble opinion--would reinstate him in the eyes of rugby clubs across the country as well as the sporting public.


The second benefit was, as a respected and talented sportsman, he wouldn't be writing his life story so much as helping other gay kids come to terms with their sexuality. The third was that some straight people--especially parents--would come to see that to be gay--and by extension, lesbian, bisexual and transgender--was simply another facet of the complex human genome. Nothing to be afraid of, or to be ashamed of, and as outside a person's control as the colour of their skin. Decision made, the next thing he had to overcome was the reluctance to bare his soul in public.


"Yeah," Jesse said, and hoped his smile didn't look as fake as it felt. He folded the brochure and put it back in his pocket. "I'll text you when I get there. Bye, Sid."


"You better. Oh, wait a minute." Sid reached down beside his chair and brought out a large supermarket bag packed full of groceries and wrapped foodstuff. "Julie put together a survival kit for you," he said and held it out. "Food and drink for the journey, and basics you might need in the cottage."


"That's great. Saves me having to go to the local shops when I get there. Thanks, Sid. Give her a hug from me."


"I will. She said you'd probably not have any supplies with you. Y'know, if you weren't gay, I'd be worried about how much my wife likes you."


This time Jesse's smile was unforced and genuine. "Think yourself lucky, then, because if I was straight, you'd never have stood a chance with her."


"In your dreams!" Sid cackled and waved him towards the door. "Go on, hop it. The sooner you get to the depths of darkest Devon, the sooner you'll get In The Ruck finished."


"Okay, okay! I'm going." But before he closed the office door behind him, he paused and glanced over his shoulder. "I still hate the title, by the way. Think of something else. Please."

Click on image to buy from All Romance eBooks

Click on Image to buy from All Romance eBooks

Sequel to Sunfire - click on image to buy from Amazon 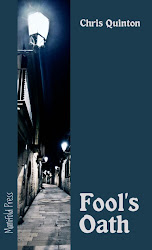 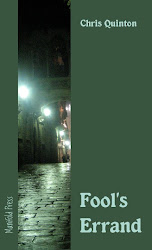 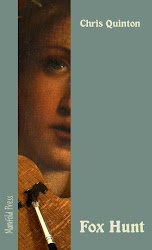 The Psychic's Tale - #1 The Fitzwarren Inheritance 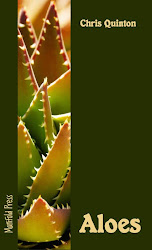 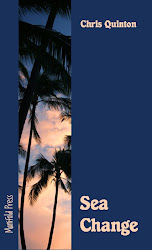